Serving as WFG National Title’s VP for the Mid-Atlantic, Tim Hooper trains teams throughout the real estate industry on topics like Energizing Your Sales, Rehumanizing Connection & Marketing That Matters . He holds a degree in Mass Comm/Public Relations from Middle TN State University, is a John Maxwell-certified coach and four-time author of the GotEnergy series. When Tim’s not coaching, he’s spending time with his four kiddos and lovely wife Jennifer while pursuing his quest to run a marathon for charity in every state. He resides in Central Virginia.

Connect with him on LinkedIn @timehooper Allen Bristow is a Virginia Agency Underwriter for First American Title Insurance Company in the Midlothian office. Allen grew up in the Richmond-Petersburg area, and has a Bachelor of Arts from Yale University. He has been working in title insurance since 2005, beginning as an abstractor/examiner during summers in college, working in cities and counties all around Central Virginia, and has been underwriting residential and commercial transactions since 2013. As an agent, Allen worked on training new agency employees, introducing them to the title insurance industry and foundational examining and underwriting skills. He also worked for a time researching properties and acquiring easements in Virginia and Alabama, before joining First American’s Virginia Agency Underwriting team in March of 2020. Allen resides in Richmond. She has been a member of the MERS team since January 1997, where she developed the legal needs of the company from the ground up as the Corporation grew from a start-up to being acquired by ICE in October 2018.

Horstkamp played a key role in gaining mortgage industry approval for Mortgage Electronic Registration Systems, Inc. (MERS), which has resulted in over 130 million mortgage loans registered on the MERS® System. She is also the lead counsel on advising MERSCORP on eNotes and the MERS® eRegistry, the mortgage industry-standard system of record for identifying the Controller and Location of the Authoritative Copy of an eNote that has over 1.2 million eNotes registered to date.

Before joining MERS, Horstkamp was a litigator with law firms in New Jersey and Virginia. She is a member of the New Jersey State Bar and the Virginia State Bar. She holds a B.A. from Albright College in Reading, PA and a law degree from the University of Richmond, Richmond, VA. Sharon D. Nelson, Esq., is the President of Sensei Enterprises, Inc., a digital forensics, cybersecurity and information technology firm in Fairfax, Virginia. Ms. Nelson is the author of the noted electronic evidence blog, Ride the Lightning and is a co-host of the Legal Talk Network podcast series called “The Digital Edge: Lawyers and Technology” as well as “Digital Detectives.” She is a frequent author (eighteen books published by the ABA and hundreds of articles) and speaker on legal technology, cybersecurity and electronic evidence topics. She was the President of the Virginia State Bar June 2013 – June 2014 and a past President of the Fairfax Law Foundation and the Fairfax Bar Association.

Connect with Sharon at snelson@senseient.com Mr. Simek is the Vice President of Sensei Enterprises, Inc., an information technology, digital forensics and information security firm located in Fairfax, VA. Mr. Simek has a national reputation as a digital forensics technologist and has testified as an expert witness throughout the United States. He holds a degree in engineering from the United States Merchant Marine Academy and an MBA in finance from Saint Joseph’s University.

Mr. Simek holds the prestigious CISSP (Certified Information Systems Security Professional) and the CEH (Certified Ethical Hacker) certifications. He is also holds multiple technical certifications for diverse technologies to include Microsoft, Novell, mobile devices, digital forensics and computer networking environments. Mr. Simek is also a member of the High Tech Crime Network as well as the American Bar Association and the Fairfax Bar Association. He serves on the Board of Directors for the Virginia Law Foundation and Fairfax CASA. 
Born in Santa Monica, California, Kevin Pogoda grew up in Southern California. A graduate from the University of California at Berkeley with degrees in Rhetoric (honors) and Legal Studies (high honors), Kevin completed his law school education at the Santa Clara University School of Law in 1994.

In 1998, Kevin began his career as a settlement agent at a prominent settlement company located in Annandale, Virginia. While in that position, Kevin performed approximately 3,000 settlements and focused on 1031 Exchanges and resolving title issues. Kevin joined Old Republic National Title Insurance Company in May 2006 and now serves as First Vice President and Virginia State Manager, Northern Division.

In his capacity as Virginia State Manager, Kevin regularly speaks as an instructor before various groups, including attorneys, real estate agents, title examiners and title settlement agents. Kevin is also a Past President of the Virginia Land Title Association and is the proud recipient of VLTA’s Distinguished Service Award for 2017 and the 2021 VLTA Presidential Award for Service. 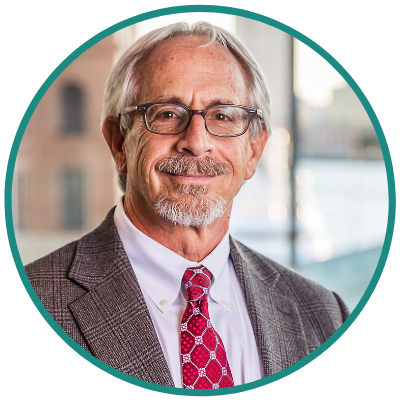 Skip is Virginia State Counsel for Stewart Title Guaranty Company. Prior to joining Stewart Title in 1995, Skip was in private practice for 14 years representing developers, lenders, title underwriters and others with regard to real estate based commercial transactions. Skip also practiced as a litigator handling creditor’s rights, lender liability, title defense, mechanic’s lien, construction and other commercial litigation.

Skip received his undergraduate degree in English and Philosophy from the College of William & Mary and his law degree from the University of Virginia School of Law. Skip is an adjunct professor at Old Dominion University, a Virginia Supreme Court trained mediator, court appointed arbitrator and has qualified as an expert witness in state and federal courts. Skip is a past President and current Presidents’ Council member of the Hampton Roads Association for Commercial Real Estate. Skip is currently a member of the Board of Directors of the Virginia Land Title Association. Skip was awarded the 2019 Robert M. Stanton Real Estate Teaching Award by Old Dominion University’s Strome College of Business. Michelle graduated from The College of William & Mary with a Bachelor of Arts and then earned her Juris Doctor from the University of Richmond. She started with the Company in 2008 as Claims Counsel for Lawyers Title Insurance Corporation in Richmond. She was later promoted to a Senior Claims Counsel in our Jacksonville Claims Center where she focused on complex and high-exposure Virginia claims. Michelle is currently an Underwriting Counsel, assisting Central Virginia residential and commercial agents and attorneys with title insurance issues and any associated risk analysis.

Michelle is a member of the Virginia State Bar and the Asian-American Pacific Bar Association. She frequently presents seminars and webinars on various title insurance and real property issues. She lives in Ponte Vedra Beach, Florida, where she enjoys golf and playing on the beach with her dogs, Abby & Duncan. 
Originally from the Chicago metropolitan area, Vanessa relocated to Virginia to attend law school at the College of William & Mary. As a law student, Vanessa interned with now retired Chief Judge Walter S. Felton, Jr. at the Court of Appeals of Virginia. Upon graduation from law school, Vanessa worked as a creditors’ rights attorney in Virginia Beach and conducted thousands of residential real estate closings across the Hampton Roads area. At Glasser and Glasser, P.L.C., Vanessa’s practice focuses on foreclosure, title curative, collections, and commercial work. She continues to approach each legal challenge with a passion for detail and a focus on the future of real estate law and creditors’ rights. 
Mark A. Heacock has more than 40 years of experience in underwriting, closing residential and commercial real estate transactions, and in claims resolution, avoidance and elimination in both corporate and agency environments. Most recently, Mark was a sole proprietor of an international law practice and founded and managed a title agency in the Washington, D.C., metropolitan area. He also is familiar to agencies and attorneys in the region as a provider of CLE and continuing education for title insurance. Heacock is admitted and a member in good standing of the Virginia State Bar, District of Columbia Bar, the U.S. District Court for the District of Columbia, the Supreme Court of Virginia and the 4th Circuit U.S. Court of Appeals. He is a graduate of the University of Virginia and the Georgetown University Law Center. 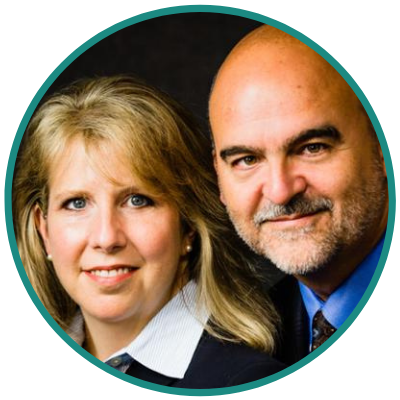 She was a Lead Attorney in the Civil Investigations Squad of the Medicaid Fraud Control Unit at the Office of the Attorney General (OAG) in Richmond, Virginia from 2006 to 2013. During her time at the OAG, Lelia supervised a team of attorneys investigating and litigating against pharmaceutical companies, lab services companies, and medical device manufacturers for fraud against the Virginia Medicaid program. Lelia led several national investigative teams and received an award for investigative excellence from the United States Council of the Inspectors General for her work on behalf of the Commonwealth of Virginia on the Abbott Laboratories Investigative Team.

In 2013, Lelia opened a law practice in Zion Crossroads, Virginia with her husband, and law partner, Michael Winget-Hernandez. Michael also has a background in complex civil litigation, and together they combine their unique perspectives and talents to provide excellent legal representation and compassionate and personal service to their clients. Lelia and Michael focus their practice on estate planning, probate and trust administration, elder law, fiduciary litigation and special needs planning. Their firm won the Business of the Year Award from the Fluvanna Chamber of Commerce in 2017 and the Reader’s Choice Best Law Firm Award from the Rural Virginian in 2019.

Lelia’s most important role is mom to Madeleine, a junior at Louisa County High School, and Zach, a senior at the University of Mary Washington.


Michael Winget-Hernandez received his undergraduate and law degrees from the Baylor University, in Waco, Texas. He was licensed to practice law in Texas in 1984, and in Virginia in 2013.

Michael enjoys practicing law, which is a good thing, since he’s been doing it for more than 36 years. He attributes to his great good fortune that he gets to work with his wife, who is a great lawyer and a wonderful person.

Much of Michael’s career was at the Texas Attorney General's Office. He was there nearly 20 years and handled a vast array of civil matters from eminent domain and civil rights litigation to consumer protection and employment discrimination matters. In 2000, while with the General Litigation Division, he became one of a small team of lawyers from different divisions who were tasked with prosecuting a whistleblower case against several large, multi-national drug manufacturers for defrauding Texas Medicaid. This lawsuit became the first of its kind and resulted in a wave of litigation across the United States against the global drug manufacturing industry, which resulted in hundreds of millions of taxpayer dollars being recovered from many of the drug manufacturers, many of whose names are household words.

This nation-wide litigation project required expertise and coordination which did not exist outside of the Texas Attorney General’s Office, so in 2005, Michael left Texas and came to Virginia to begin a national practice, associating with prestigious firms across the country to help other states achieve similar results for their Medicaid agencies. While doing that work, he represented many states across the country, and spent most of his time traveling and working in federal and state courts from Boston to Honolulu, and from Wisconsin to Mississippi.

Fortunately, as that project came to a close, he was able, together with Lelia, to establish Commonwealth Life & Legacy Council, where they get to work together every day. After many years of representing states, state agencies, and other government entities too many to name, Michael is grateful and happy to be home, representing real people, and the businesses they have spent their lives building.